Your browser does not support JavaScript. Please enable JavaScipt to view our website.

The City of Pasadena was a mere nine years old when a small band of women led by Haidee Bryan, formed the Lake Avenue Union Sunday School. The date was October 27, 1895. Meetings were held in a car barn at Lake Avenue and Orange Grove. 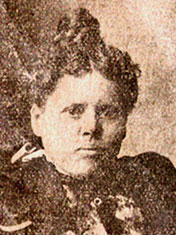 A photo of Haidee Bryan from 1917, the teenage founder of Lake Avenue Church.William Waterhouse, the mayor of Pasadena, was one of the earliest members and, with several others, wanted to add a church. He personally donated property at the corner of Lake and Maple. On November 25, 1896, the charter members of Lake Avenue Church held their first worship service. 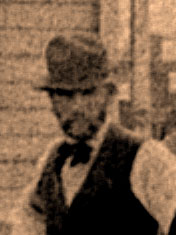 Reverend Allen Hastings,
1st Pastor of Lake Avenue ChurchThe Reverend Allen Hastings, whose family members continued to attend the church into the 1980s, was called to become the first pastor on January 1, 1897. Poor health forced him to resign the following year, and he was succeeded by Stephen G. Emerson. Emerson served until 1908 and under his leadership, the sanctuary known as the Old Corner Church was built in 1905. During the church's first year, church members donated $291 to foreign missions, beginning a tradition that has grown to $1 million now given annually. James H. Lash followed Emerson and in 1917 Angelo E. Shattuck became LAC's fourth pastor, serving until 1921.

That year, the church's 25th anniversary saw the dawn of a new era — one in which the church would develop into a major force for world Christianity. Under the leadership of James Henry Hutchins, 16 Sunday school departments were organized, serving children, youth, and adults. Today hundreds of children, students, men, and women participate in Sunday school classes throughout the week. 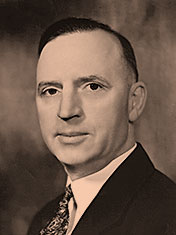 Service to the community has always had a high priority at Lake Avenue Church. During Dr. Hutchins' tenure, 11 Christian Endeavor Societies were formed, bringing the message of God's love to the citizens of Pasadena.

By 1950 the congregation had grown to more than 1,500 members, and the Old Corner Church was bursting at the seams. A building program was launched, and in October 1951, a new sanctuary - seating more than 1,000 people - was dedicated.

Hutchins retired in 1959; and his successor, Dr. Raymond C. Ortlund, was installed on November 1, 1959. Ortlund's 20 years of leadership were marked with the continued growth of the church, and before long even the new sanctuary became too small for the congregation; thus two new services were added. 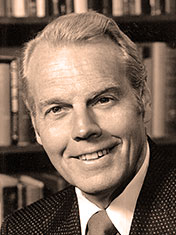 Under Ortlund's ministry the church formalized its three priorities: love God; love the family of God; and love the world.

Ortlund resigned in 1979, and on January 1, 1981, 84 years to the day after calling its first pastor, the church welcomed its seventh leader, Dr. Paul Cedar.

Dr. Paul A. Cedar,
7th PastorIn 1984, as membership passed the 3,500 mark, the need for larger facilities became evident. Plans for a major new worship center seating more than 4,000 were drawn on Feb. 19, 1989, and the new facilities were opened, marking the dawn of another era for Lake Avenue Church.

Dr. Cedar resigned the pastorate on May 1, 1990, and on September 22, 1991, Dr. Gordon E. Kirk was installed. Dr. Kirk and his family came to LAC from Rolling Hills Covenant Church, where he served as Senior Pastor for eight years.

From its modest beginnings in the late nineteenth century, Lake Avenue Church has grown to become one of the largest churches in America and a major force for Christianity throughout the world. Today, as always, the focus continues to be on people and on service. 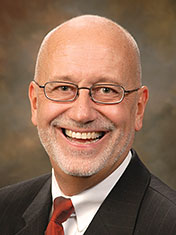 In 1996, Lake Avenue Church responded to the declining availability of liberal arts programs in schools by founding the Creative Arts Academy. This program offers both private and group instruction in specialties ranging from voice, drama, and instruments to dance.

In 1996, as a response to our changing culture, LAC established Comunidad de las Américas, a Latino ministry for our Latino brothers and sisters in neighboring areas. In addition, the "Warehouse" service began in 1997 to meet the needs of another generation, primarily college and 20-something participants.

In early 1996, four leaders at Lake Avenue Church, Pasadena, CA began talking and praying about launching a new worship gathering that would be designed to welcome people who were either unfamiliar with "church" or who wished they were unfamiliar with "church". On February 2, 1997, Warehouse met for the first time in an unfinished gym on the 3rd floor of the Family Life Center at Lake Avenue Church. 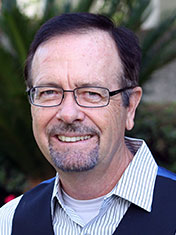 Dr. Greg Waybright,
9th PastorIn 1998, our priority of pastoring and shepherding people in each season of their life led to the church-wide Seasons of Life ministry focus, and added a special ministry geared specifically to Preteens.

The Lake Avenue Community Foundation was created March 1, 2001 as an independent 503(c) to acquire and provide resources in support of a wide variety of programs assisting the poor and disadvantaged throughout the San Gabriel Valley. Some of the ways this is being accomplished is through a partnership between three outreach programs called Neighborhood Student Mentoring (NSM), Metro Kidz, and STARS (Students and Tutors Achieving Real Success). Today, NSM, Metro Kidz, and STARS together work with approximately 300 low-income students in Pasadena.

Dr. Kirk resigned the pastorate on Sept. 30, 2005. Following a two-year search, Sept. 22, 2007 saw the installation of Dr. Greg Waybright as LAC's ninth senior pastor. Before he was called to Lake Avenue Church, Dr. Greg Waybright served as the president of Trinity International University for nearly 12 years.

In his years of ministry at Lake Avenue Church the 85-year-old Maple Street Children’s building was renovated and brought up to Pasadena City code as a commitment to the next generation. In collaboration with the Worship & the Arts Department, new songs of worship were produced and incorporated into the church’s shared family worship services. In partnership with our Ministry Council and the Congregation, a Statement of Faith was developed and taught church-wide across generations as a foundation of faith. Through Dr. Waybright’s leadership, the 1989 sound system in the church’s main sanctuary has been replaced so that the Gospel can continue to be heard by all. His passion for reconciliation continues to guide the church in expanding it’s ministries both globally and locally. Dr. Waybright stepped down from the role of senior pastor on August 31, 2019. 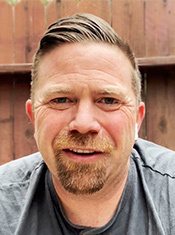 During Dr. Waybright’s time in leadership, Jeff Mattesich, co-led the church Lead Ministry Pastor. After Pastor Greg's retirement, Pastor Jeff stepped in as the Acting Senior Pastor from September 1, 2019 until November 19, 2021. We are forever grateful for his 22+ years on staff and specifically his leadership during one of the most challenging seasons in Lake's history.